48 hour blood cultures were negative for Salmonella so that is excellent news.

This afternoon, Spencer got really sick.  They had to keep him comfortable with IV Zofran and Benedryl.  His pain was worse and his asthma still a problem.  He also has some weird heart patterns.  He would go from 45 bpm all the way to 145 bpm just laying in bed.  It never seemed to be just a steady beat. He is still having well above 10 watery, bloody bowel movements a day. I think the reactive arthritis is really going to be a problem.  Due to Salmonella, he has joint and pain in most parts of his body.  The pain is really intense around his heart and stermon

Despite a rough afternoon, I brought him home.  He is weak and getting a little discouraged.  We will continue with antibiotics for C-diff and Salmonella, breathing treatments, nausea and pain control.  When I was speaking with the PA about coming home, he said we can only have three more doses of the antibiotic for Salmonella or it will cause the bacteria to continue shedding in the gut for months, even up to a year!  They expect that the host will have an immune system strong enough to get rid of the remaining bacteria.

I have also been studying about fevers.  A rise in body temperature is one of the ways the immune system combats infection.  As long as the fever doesn't get too high, it is actually neutralizing the bacteria or virus. A fever is also responsible for cleaning up the toxic bacterial waste.   The highest fever Spencer had, for just an hour was 100.3.  The hospital doesn't even really consider that a fever.  For this reason, I am worried about only 3 more doses of Antibiotics for the Salmonella.  I don't think his immune system is working at all so to be relying on it to destroy the last of the bacteria might just be wishful thinking.

Here is the list of complications Spencer is experiencing from the Salmonella:


In reality, treatment for Salmonella only last a few days.  Studies suggest that patients should feel better after 24- 48 hours.  Spencer has been suffering for nearly 2 weeks. He's only managing to eat maybe 500 to a 1000 calories.  He is dropping weight to fast, it's very worrisome.

I am praying that he doesn't continue to get worse.  It's harder being at home because it's just me trying to care for him.  I will continue to have faith that it will all work out. 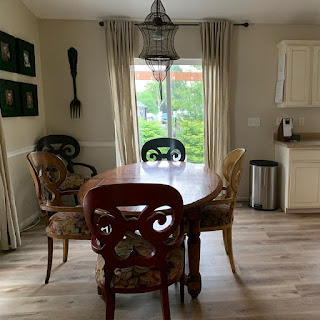